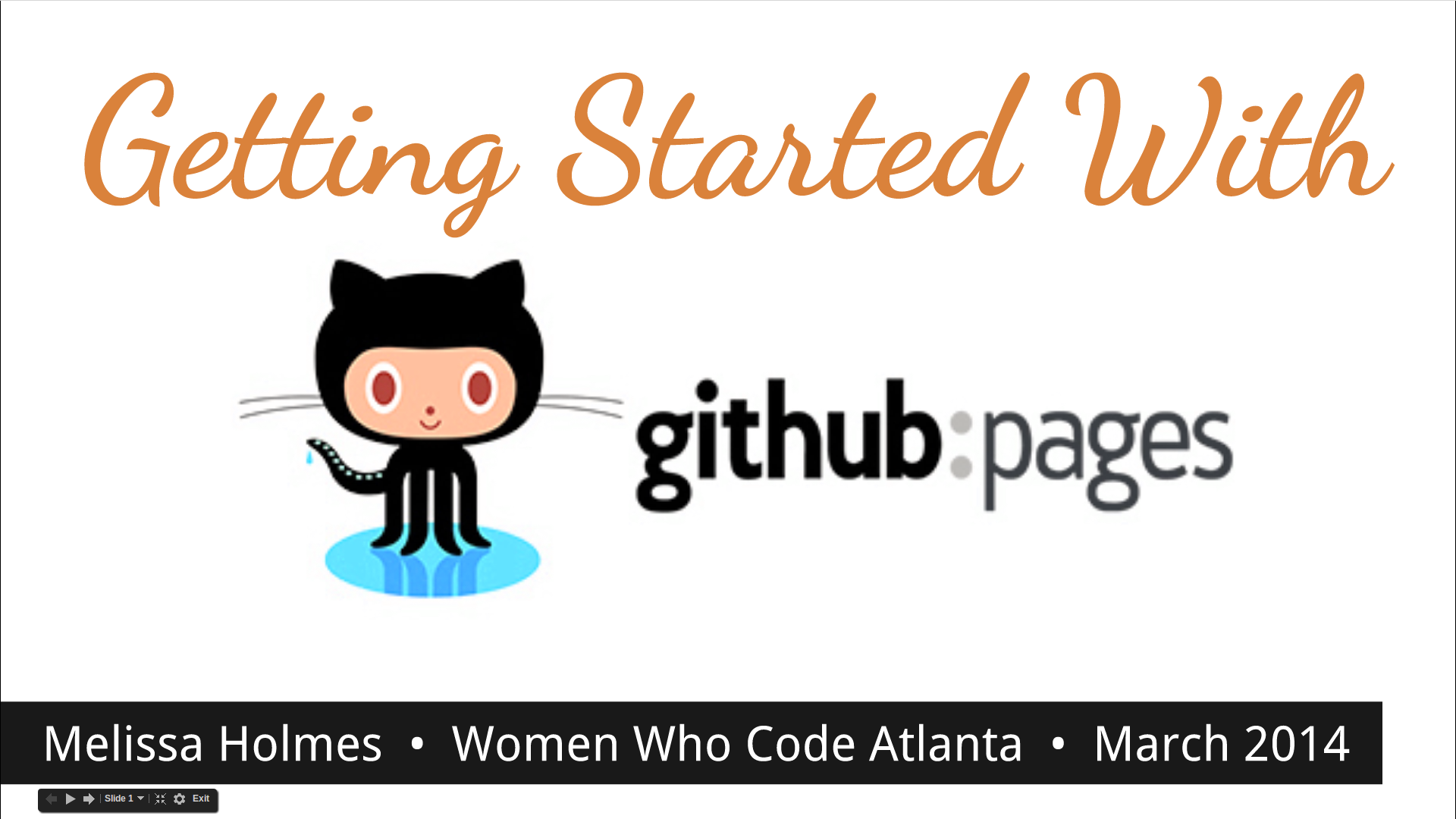 The theme was lightning talks on workflow tricks and tips. There were three speakers scheduled: Laurel, Adrienne, and me. I originally didn’t sign up to speak because I had trouble thinking of a topic, but after the meetup was rescheduled for March due to ice in February, I decided to make the effort to participage.

Adrienne went first and talked about becoming friends with the command line. I’m not new to using it or dealing with Unix systems, but her talk was a good reminder that I should be trying to continue adding new commands to the ones I already know. I get nervous sometimes when I need to do something, and I am unfamiliar with the commands I need.

When she was finished, I gave a short introduction to GitHub Pages. You can see my slides here. I was lucky because almost everyone at the meetup uses git and GitHub, but no one had used GitHug Pages before. I was also relieved when my short demo showing how quick and easy it is to update my blog was a success. I was worried because the GitHub site was unreliable for most of the day, and some repos were unreachable.

I hope some of the people at the meetup decide to try it. I think it would be fun to try to host documentation generated by yard or another gem on a gh-pages branch of a repo with a lot of code, and I’m sure other devs have ideas that I haven’t thought of yet. Even if I don’t use GitHub Pages for many different reasons, it’s a solid choice for this blog, and I really appreciate the convenience.

The third talk was on Meteor. Laurel explained that Meteor allows her to build quick prototypes as well as full apps for production. There is a screencast and a tutorial she recommended called Building an App in 45 Minutes with Meteor from Smashing Magazine. Since I’d like to have more experience with Javascript (preferably experience that isn’t too painful), I’m adding this tutorial to my ‘things to learn’ list.

At the meetup, Erica also talked about adding some new study groups and events for learning to code. I’m looking forward to seeing a more active group. It’s nice to meet women who are developers and work on a lot of different things, not just Ruby.