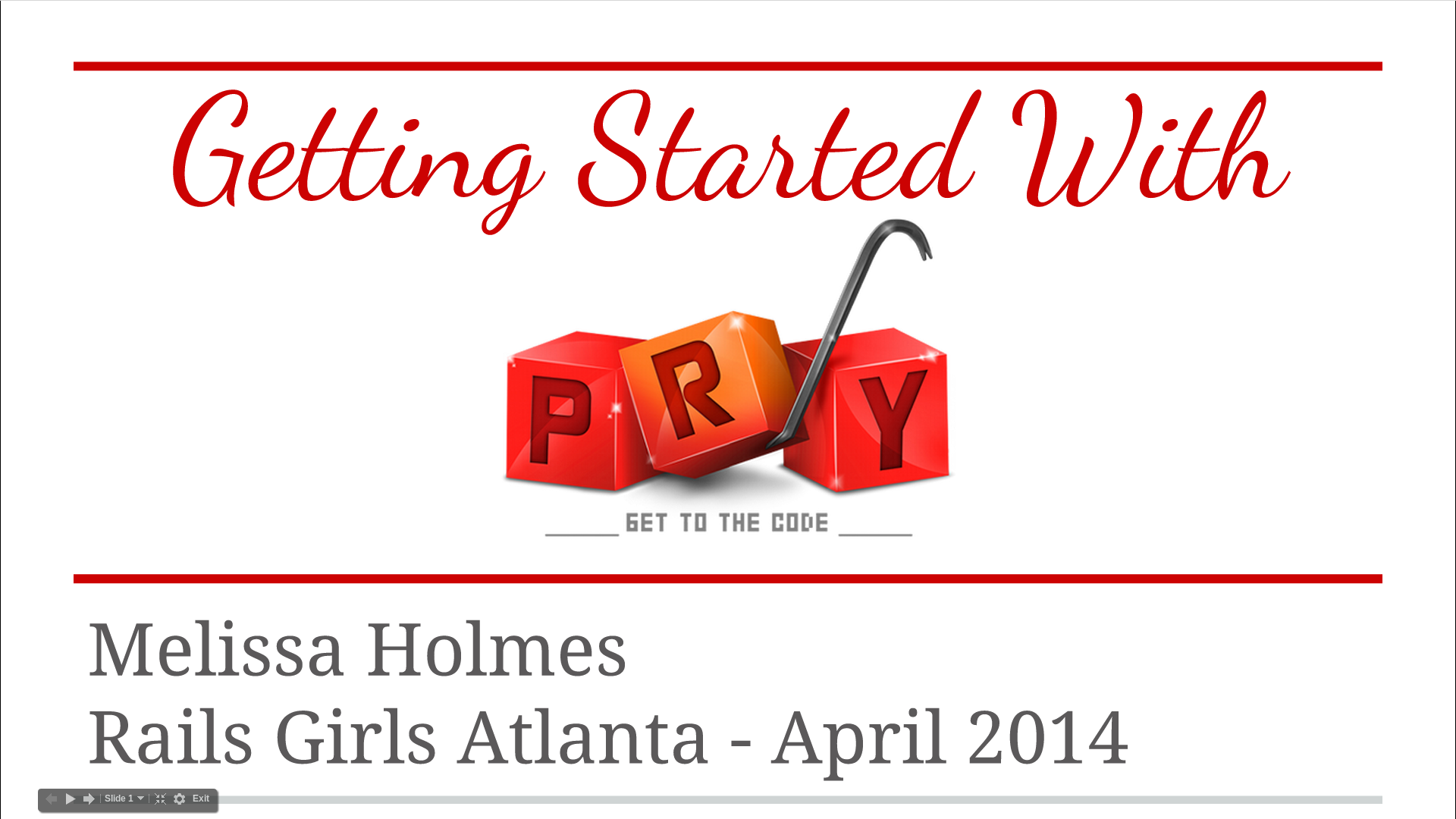 I wasn’t initially planning to give a talk at this meetup, but I was asked to give a lightning talk on Pry since my last talk was six months ago, and we had a smaller group than usual since it was scheduled around the holidays. I’m glad I agreed because I was able to think about what I should talk about with the time constraint due to it being a lightning talk. Pry is really awesome, but developing in a Pry session is a big jump for new developers.

I decided to focus on a few uses that would help everyone now. The first one was the view-source method. Being able to view source code while inside a REPL is really cool and helpful. Sometimes when I’m experimenting with code, I don’t remember which method to use or what it is actually doing (compared to the behavior I’m seeing). The second usage is related - gist allows me to grab the code I wanted to see with view-source and save it in a gist on Github.com to view later or share with someone. The third topic I wanted to cover was placing binding.pry in the code to make a breakpoint. This one is pretty different, but it’s more important and complicated than the first two commands. When I first heard about binding.pry it changed my life. Being able to debug my Rails servers is so helpful, and most of the people at the meetup had never heard of it. I hope it saves everyone a lot of frustation and time, and at some point encourages them to learn about more Pry features as well as other interactive debugging gems.